So many of my days are made – by you. Today is one of them

A month or so ago a customer ordered a XIZOZU™ pendant and with the order came a note with this request:

I have been looking for many months for some type of personal symbol or sigil as a unique tattoo that would represent my struggles without being too mainstream, and without others having to know what it truly means. This would be the perfect beautiful tattoo to have on my arm…What you have created here is amazing. May I have your blessing?

Of course I said yes, without hesitation and sent her a larger reference image to make th artist’s work easier.

This photo arrived in my inbox this morning with another heartwarming note that filled both my heart and eyes. 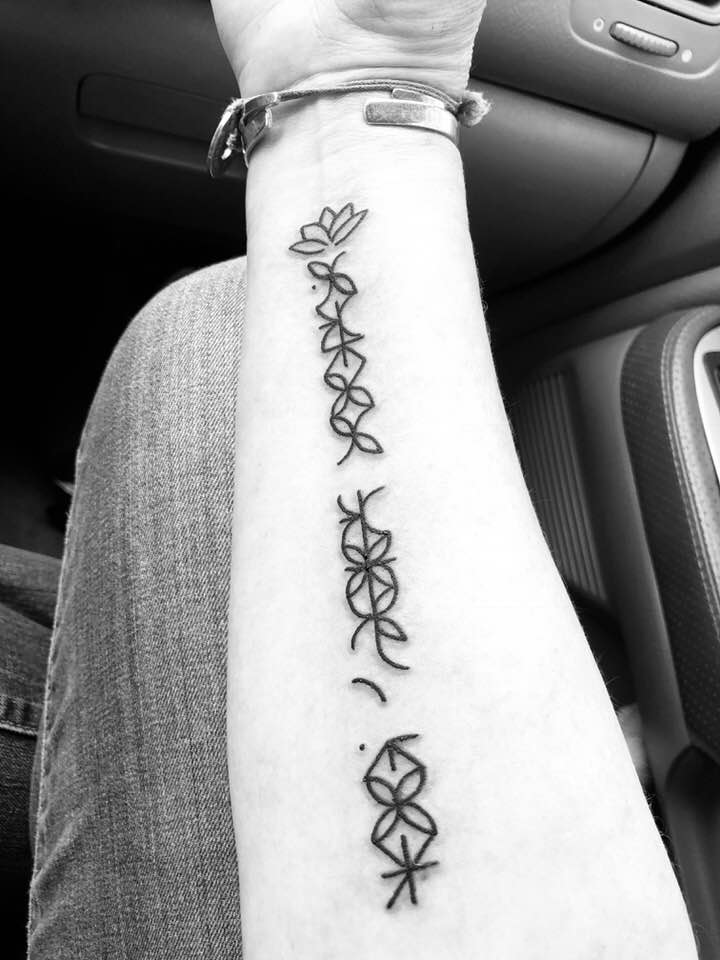 This, this is what XIZOZU is…a beautiful source of both comfort and strength.

What would your XIZOZU tattoo say? Of course you can express anything, but click to see the ones we’ve made so far:

This week’s eight things that are worth sharing with friends

Nothing. Nothing is wrong. It was a week of learning about how folks handle their self-doubts, perceived flaws and spectacular failures. Next time you’re feeling down about yourself remember: you’re not alone. Figuratively or literally. 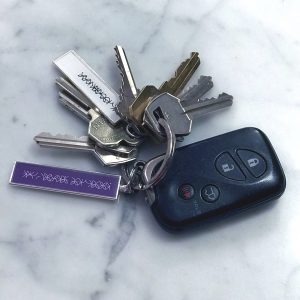 CUSTOMER LOVE NOTES:
“I locked the door and saw my XIZOZU. Started the car and there they were. It’s like mini meditations all day long!” —L. (USA)

The new XIZOZU™ keychains are super popular with the non-necklace wearers.

The XIZOZU 8 is a regular collection of eight helpful or entertaining ideas that we think our friends and fans will enjoy.  Subscribe and get it delivered  straight to your inbox.

Today is an exciting day! Today we made our first contribution to one of the selected non-profits in our XIZOZU Cares & Shares program!

Why was Jes Foord Foundation selected as the first recipient? END_OF_DOCUMENT_TOKEN_TO_BE_REPLACED

Without making me sound like more of a party animal than I actually am, a couple of weekends ago I wound up at two local parties on the same day. Both were casual outdoor gatherings commemorating summer’s passing. Someone was wearing a XIZOZU™ medals pendant at each of them.

Confession: I still (and will probably always) get a little thrill when I unexpectedly spot someone sporting XIZOZU™ pendants out in the wild.

Those two women were as uniquely opposite, at least on the surface, as two females can be, as were the medals the wore.

Yet they were both quite similar too. Both were equally and rightfully proud of what they had accomplished.

The first woman’s set honored overcoming challenges, the second woman’s  set celebrated meeting them. Similar results, but with a small but significant difference.

Sometimes we choose our challenges, like deciding to run a marathon or buy a home. Here we need to focus our energy and summon our discipline to achieve these things.

Other times challenges appear in our paths uninvited, and we have no choice but to find a way through, or around them. Those hardships and traumatic episodes require us to fight for our selves, in the truest, deepest meaning possible, physically or mentally.

In each case, the work is hard. In both cases they deserve medals. 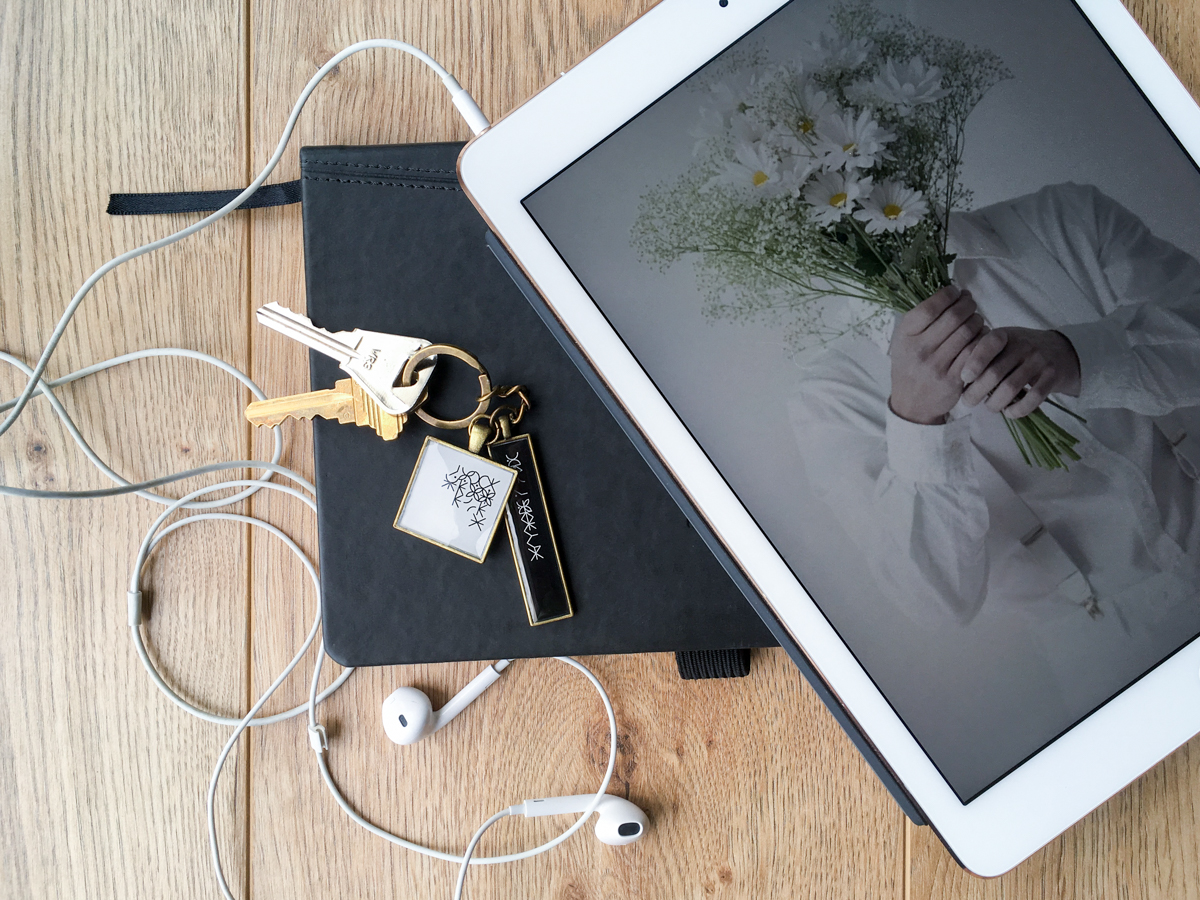 Monday’s post was pretty solemn and the number of people who reached out too extend their sympathy or share their own shattering experiences was beautiful.

That generous outpouring of positive energy inspired me to create this white square XIZOZU™  which I will be releasing soon. It’s is a special edition medal to remind us that when we come upon something positive or beautiful, we should honor it.

Wear this  XIZOZU™ as a prompt to take those few extra minutes to truly appreciate when you discover something exquisite, whether it’s part of the physical world, an idea, or someone else’s heartwarming action. Let it be marvelous.

Notice the details and make it a gift to yourself by sitting with it alone.

Then by sharing it.

If you’d like to know when this medal is released (and would enjoy receiving a little discount) be sure to join the email list. 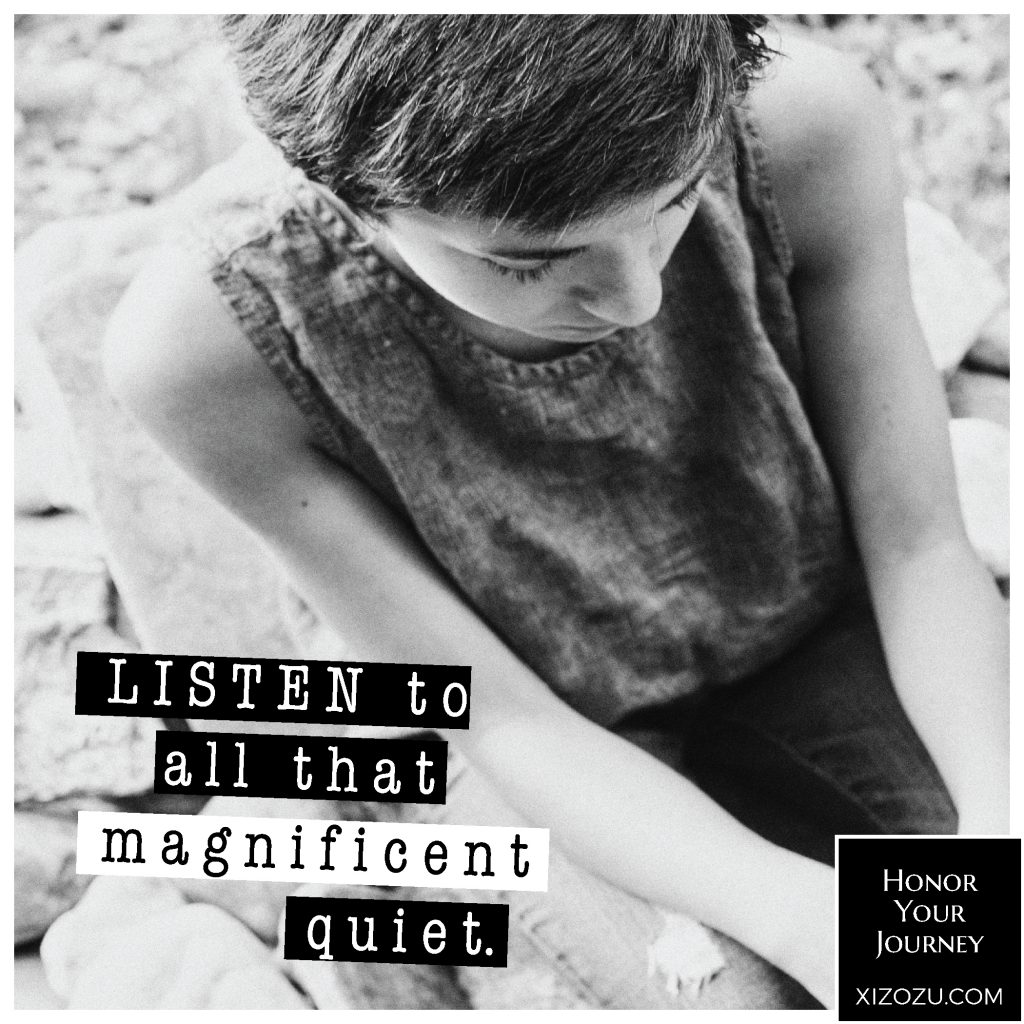 May was a wildly hectic month with an insane schedule. Between happily fulfilling XIZOZU™ orders, dealing with a forearm injury, and trying to see the end of the new studio renovation, there was zero time for posting here, or really anywhere. I have to admit I was beginning to freak out about it. I mean, I have so much to share—about the journeys I’ve been asked to honor, about new designs and partnerships!

I was getting so worked up about it that it reached a point where I was unable to take full breaths and sleep became elusive. So I sat myself down. On the floor. And tried (once again) something I truly suck at: meditation.

I didn’t set any huge goal for my sitting. I started with a very manageable two minutes. Sitting still for two minutes is an enormous struggle for me—ask anyone who knows me—but I know that I can do anything for two minutes so I started there.

And after a few days I was up to a whopping four minutes of gently prodding myself to stop thinking. To stop. And to breathe.

Spending time sitting as quietly as I could, even for that short amount of time, shifted something in me just enough to make it all fun again. And the word possible hip-checked impossible right out of my head. No, it didn’t change my crazy schedule or lessen my professional or personal demands but those few minutes each day of striving for absolutely nothing helped me realign everything.

If you’re feeling overwhelmed I strongly recommend turning EVERYTHING off, including yourself, for just a few minutes.

Me? My limit is still four, but I am letting that be enough, for now. 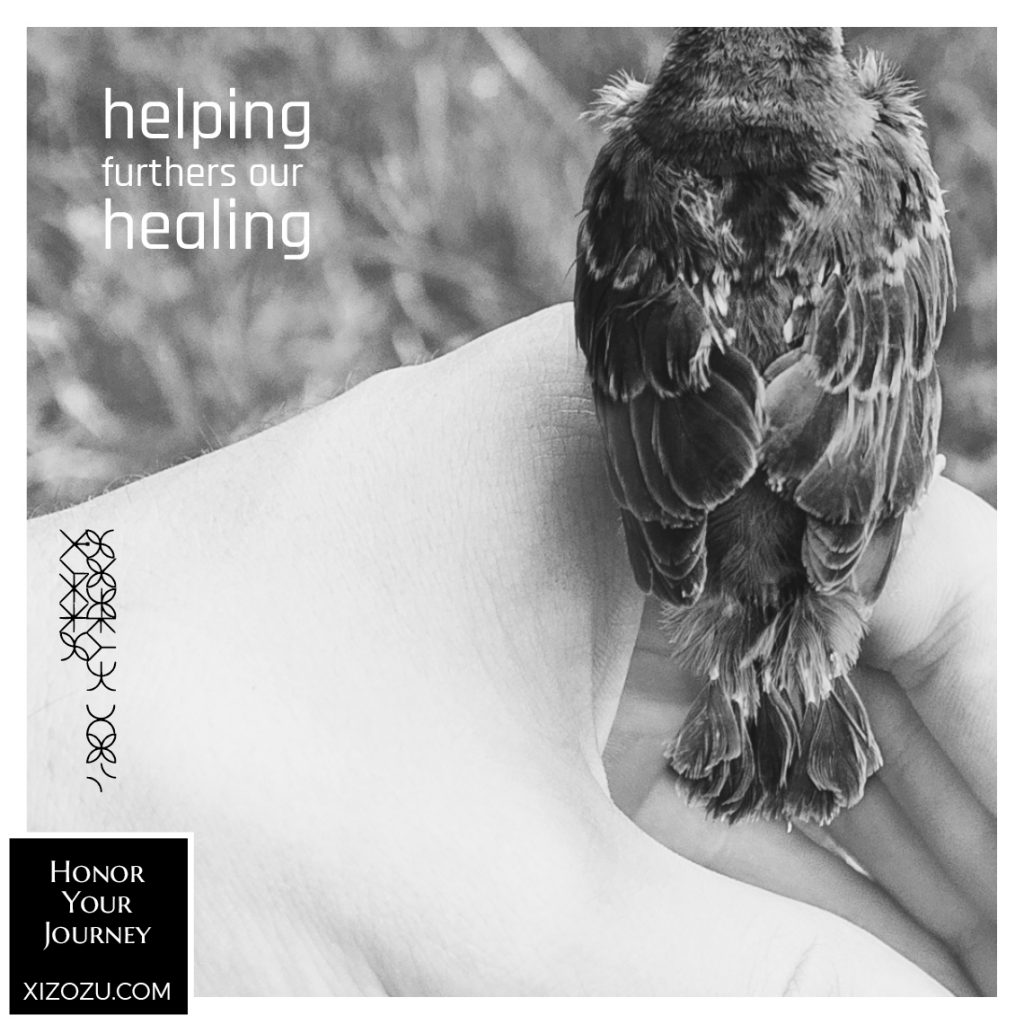 Sometimes the best way to nurture our own healing is to put our energy into finding ways to help others. This can take so many forms, from volunteering with support organizations or just sitting and being present with someone who needs to not feel alone.

Because sometimes that person is us.

I get chills when I send out the orders I get for XIZOZU™ medals. I feel  like I am now a part, albeit a very teensy-tiny part, of another person’s journey.

These three are being shipped to different people today: a person who conquered an eating disorder in Colorado, another battling one in New York, and the third, for a person who faced harsh personal challenges in Ohio – and beat them.

I never imagined creating these talisman medals for strangers would bring me such personal joy. 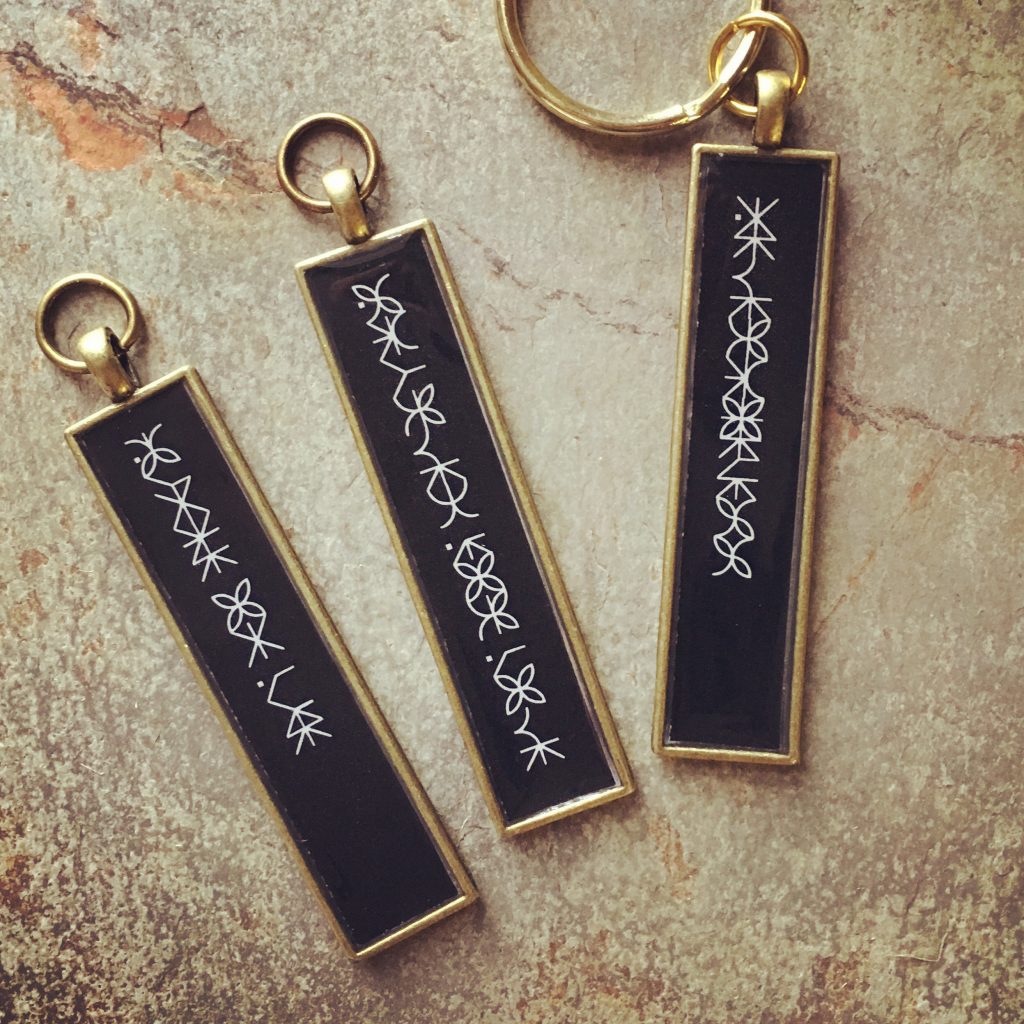 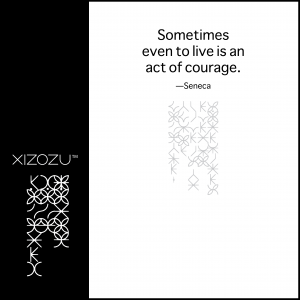 Everyday someone is struggling to face the challenges in their past or their path. If you keep digging you’re going to unearth your strength.