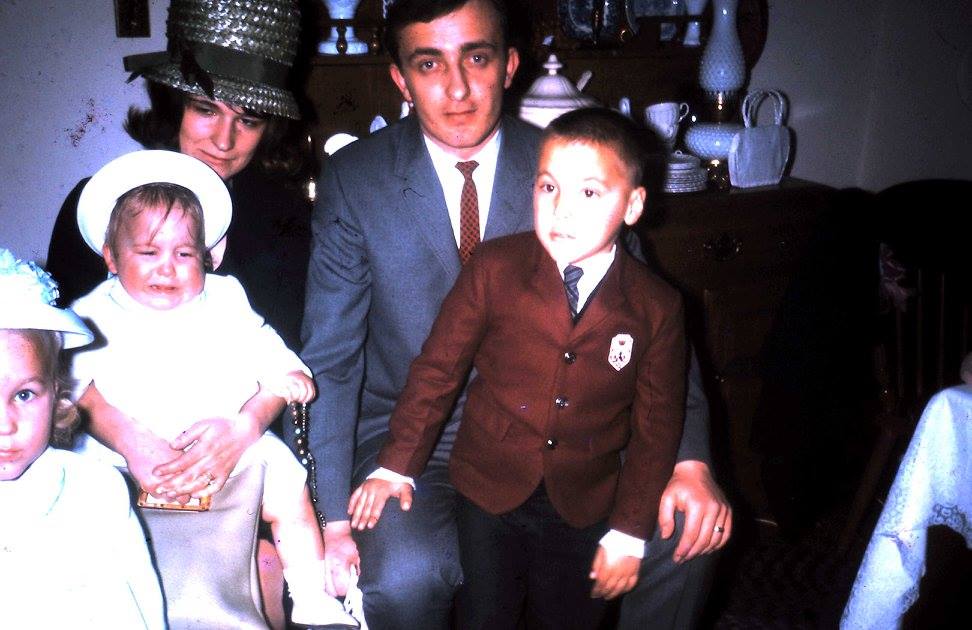 Today would have also been my father’s 75th birthday had he not committed suicide when he was 56 years old after an acute struggle with his own inner demon—depression.

If you had met my father, you’d have liked him. Everyone did. To the world he was charming, funny, and gregarious; quick with a clever joke or a pat on your back. Men and women both were easily dazzled by his charisma. Even near the decided end of his life, you as an onlooker would have never guessed that he was suffering with depression of any sort. I was among the people closest to him and, while I knew very well that he was troubled by many things, even I didn’t appreciate the depth of his pain and anguish.

He and I had been silently quarreling at the end of that summer. Like a lovers’ spat. Or a riff with your BFF. I was avoiding him because I found dealing with him a bit infuriating and, if I’m honest, a little exhausting. He was avoiding me because I suspect he was tired of my constantly judging his choices. We had gone more than a week without contact, which was unusual. I was glad for the break. But then it started to pull on me. When I finally called him and asked could we have dinner sometime soon so I wouldn’t have to remain mad at him for the rest of his life. He said “Sure, how about Wednesday.”

I had no idea that the rest of his life was so near.

It was a perfect blue-sky evening at the start of September. We sat at table for two on a dock at a nearby lakeside restaurant. Outside of pushing it around the plate, he barely touched his food and I don’t remember whether he ordered his usual vodka martini with a twist. He asked questions about my work, and my husband, whom he adored. When answering the questions I tossed to him he looked me in the eye and assured me that everything was “going to work out.”

“Are you sure? That’s good to hear because I’m a little worried about you.” This was probably the closest I’d come to saying “I love you” in years.

For the rest of the meal that only I ate, we talked about how we were going to spend New Years Eve – it was 1999, the century was turning. He threw pieces of his uneaten hamburger roll to the panhandling ducks swimming fidgety circles in the water beside us. There. Right there. Amidst the bobbing lake current, the chatty small talk, the clinks of silverware, and the perfectly comfortable silences, we had made up. Tacitly.

I paid the bill, insisting since I had invited him. Then we walked to the parking lot together until our paths divided and we each headed to our own cars. No hugs or kisses good-bye. Just a smile from across the lane of car rooftops. He told me to say hello to my husband. “Have him give me a call.”

“Or you can call him.” I replied, an eyebrow raised.

A quick wave good-bye. With our cars pointed in opposite directions, we drove away into the last night my father was  alive.

Of course I replay that dinner a lot when I think about my dad—grateful for having had the chance to repair the small tear in our bond. I look for the ordinary things that might make it feel like any other day, any other dinner: the ice melting in our water glasses, his clasped hands as if in prayer; his elbows on the table; the dependable twitch of his mouth; a small chuckle; his eyes and attention often elsewhere. The rim of light around his face as the sun dropped behind him and the hills across the water. The alleged everyday-ness of it.

I had no idea that would be the last time I’d see his face. Or that his was the face of a suicidal man. There was now way to know that because, I have since learned, suicide has no face.

Today the XIZOZU™ I wear will honor losing a father and losing someone to suicide. That’s where I will send my love and find peace in his memory.

6 Replies to “International Day of My Father”