A few weeks ago I received a custom order request from a woman who was meeting her sixty-nine year-old sister for the first time. She wanted to bring her a gift of a custom XIZOZU to mark the occasion, privately. Of course being a story addict, I was captivated by the story and asked “D” if she would share some of the details of how this came to be. Here’s what she told me. She was gracious enough to permit me to share it with you.

My mother became pregnant while in nursing school in the late 1940s. When she graduated she went directly to a Catholic home for unwed mothers where she had the baby and gave it up for adoption. The baby, let’s call her Lisa, was raised by wonderful parents.

My mother assumed all records would be sealed forever but of course several years ago the law changed. Nobody in my mother’s family ever knew. AS it happened my brother is big into ancestry and uses an online site with a DNA service. Lisa was also in the system. Last year the website matched their DNA to be first degree relatives.

My mom had large family and I would have thought she would have been the last of her siblings this would have happened to. We had been communicating with Lisa trying to figure out which of our uncles or aunts would have been her parent. My brother and I were the only ones who knew at this point.

When the birth certificate was found and clearly showed my mom’s signature you could have knocked me over with a feather.

It’s 2017 and my ninety-year-old mother’s health is failing fast. My brother and I did talk to her about it and she really wanted nothing to do with it and it was not to be talked about to anybody else. Lisa eventually wrote my mom a wonderful letter and spoke with her briefly on the phone. Lisa wanted them to meet. My mom, a wonderful, popular woman with many friends, could not handle it at that time; she declined.

Ultimately I did convince my mom to meet with Lisa which I swore would be unbeknownst to anybody else. So the arrangements for a mother and daughter reunion were were made. Two days before they were to be together, face to face,  my mom passed away.

Since then I have stayed in communication with Lisa and my other siblings all now know. My sister and I are going to meet with her this summer and I wanted to bring her a gift. 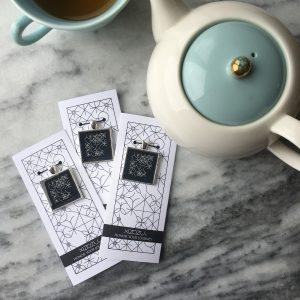 This is the custom XIZOZU™ created exclusively for this wonderful event. What D. doesn’t know is that in gratitude for her being so generous with her story, I’m sending one for her and her other sister as well. Only these three women ever have to know the true meaning behind the piece.

How about you? What makes you indestructible? Tell us here.

If you still want a XIZOZU for yourself or as a gift in time for Christmas, I have  XIZOZU™ in hand that can be shipped standard or express service through December 21st!

Let me know which XIZOZU™ medals you’d like and we can take care of the details via Etsy or Paypal.

Don’t wait though! Once these are gone I won’t be making more until after Christmas!

I need your help.

The response to XIZOZU has been overwhelmingly encouraging; I can’t express how much that means to me. Thank you.

The big news (and where you come in):